David was injured on Saturday April 14th 1984 while playing for Athlone RFC.

Rugby was a lifelong love and as past President and Trustee he was instrumental in developing Athlone RFC and later Buccaneers RFC into what it is today.

After his injury David became acutely aware of the world of disability and established an advocacy magazine called Spoke Out in the early 1990s to provide a voice for people with disabilities which focused on the ability of the individual rather than their disability.

David was appointed to the Board of CIE and subsequently served as Chairperson of Dublin Bus.

David never thought he had a book in him, but he did, and as with most things he was a true gladiator and as ever delivered much more than expected. He co-authored a book of family history titled “The Egans of Moate and Tullamore, business and politics” with his cousin Maurice Egan.

At David’s memorial mass Fr Pat Kiernan described him as a loving husband to his soulmate Antoinette, a loyal friend, mentor and a great listener. He added that David had the ability turn his wounds into wisdom and even though he was playing against a gale force wind with the scoreboard against him he mustered his mind and the skills that he possessed as a player where determination, motivation and dedication were his hallmark.

David was educated by the Jesuits in Clongowes Wood College. Their motto is to develop “men for others” and despite his injury David lived out this philosophy on a daily basis. Gandhi said that strength does not come from physical capacity but from having an indominable spirit and David was living proof of this sentiment.

David passed away on Tuesday May 10th 2022. May he Rest in eternal Peace and we pray for strength for Antoinette, their families and friends to be consoled in their great loss. It’s been said that anyone who lives in the hearts of those they leave behind will never die and so it will be with David.

Well played David. You will be sadly missed by all who knew you and all those who you inspired throughout the rugby World and beyond. 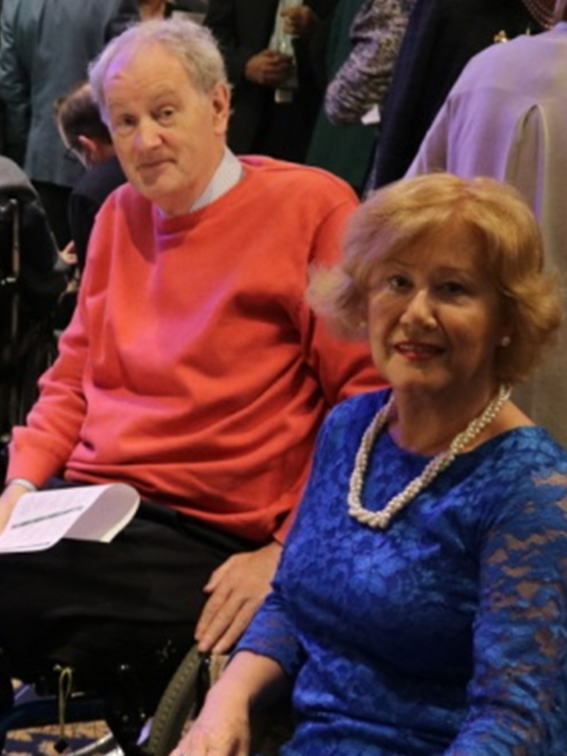 The Longest Try – from the Aviva to Thomond Park in aid of seriously injured...