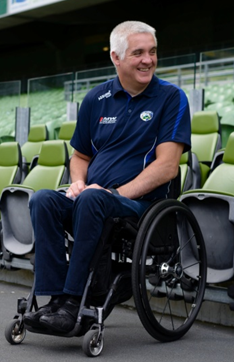 Garrett Culliton from Co. Laois represented Ireland in four Paralympic Games in the Discus. He has taken part in the Berlin, Boston and London Marathons and helped introduce wheelchair rugby to Ireland. Listen to Garrett tell his story in his own words in the video adjacent … 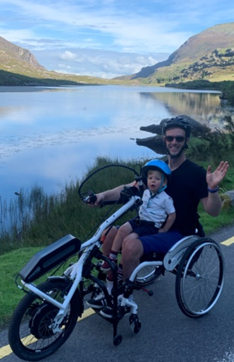 Jamie Graham from Belfast loves to go out on his handcycle with his son and his wife Natalie. He studied for his Masters in Accountancy and enjoys working in that area. Jamie and his family went on an Ireland Road Trip during 2020 – read about their great experience by clicking here. Watch Jamie’s video below and how the Trust has helped him keep mobile…