Banbridge Rugby Club has announced it will host a Homecoming Festival weekend for Irish Rugby legend Rory Best in May.

The three-day festival, held over the bank holiday weekend May 22 to 24, is set to celebrate the achievements of the recently retired Ulster and Ireland captain who has a long association with Banbridge Rugby Club, as well as boosting fundraising for its ‘Club for All’ development project.

Rory’s chosen charities, the IRFU Charitable Trust and the Cancer Fund for Children, will also benefit from the events which include a cross community family festival, a tournament featuring mini rugby, mixed ability and female players, and appearances by Ulster and Ireland rugby legends at Rifle Park, home of Banbridge RFC.

Two other fundraising events, An Audience with Rory Best, and a black tie gala event will also take place at the Waterfront Hall in Belfast.

Club President, Maynard Sinton, explained: “We feel this is a once in a lifetime opportunity for Banbridge RFC, its members and the local community and we are extremely honoured that Rory has agreed to host these wonderful events.

“Rory took up mini rugby at Banbridge at the age of six, so we’ve considered him our own for over 30 years! Now that he has retired, it feels like the right time to celebrate his achievements and we’re thrilled that he’s given us his support to push forward with our redevelopment plans.

“Not only do we want to improve our club’s facilities to compete at the highest level of club rugby in Ireland as we head towards our centenary in 2026 but we also want to focus on being even more inclusive through our ‘Club for All’ plans, improving what we offer for cross community rugby, for women and for mixed ability players.”

He added: “We’re delighted to be hosting such an exciting range of events in May and hope that the whole community comes out to support them to secure a successful future for the club and its members.”

Rory Best said: “I couldn’t be prouder to be working with my home club on such a fantastic line-up of events.

“The unstinting support from club members and the local community during my rugby career has meant so much to me and I am so pleased that I can give something back and be involved in a project which will open up opportunities in rugby to many more people from all backgrounds.

“It’s also wonderful that two charities which are very close to my heart – the IRFU Charitable Trust and the Cancer Fund for Children – are set to benefit from the events planned.

“It’s an exciting time for the club as it looks to the future and we’re delighted to have such great support from dedicated volunteers.”

Events at the Waterfront Hall include a An Audience with Rory Best evening on Friday May 22, as well as a gala ball on the evening of Saturday May 23 at the International Convention Centre there. The black-tie event will feature a host of Rory’s former playing colleagues talking about their time playing with and against him as an Ulster, Ireland and Irish Lions player.

On Saturday May 23 Banbridge RFC will host a community rugby Festival at Rifle Park. It will include a mini rugby tournament with teams who have had a close association with Rory over his career including Banbridge, Armagh, Portadown and Belfast Harlequins. The day will also feature games from Banbridge RFC’s newly formed girls and mixed ability rugby teams and will include fun rugby activities which anyone can try out.

The following day Banbridge Rugby Club is set to welcome some of the biggest names in Ulster and Irish Rugby to a family festival with music, food and children’s entertainment. Past and present rugby players will meet and greet fans and showcase their skills on the pitch during two feature matches.

The community events at Banbridge Rugby Club are being supported by Armagh City, Banbridge and Craigavon Borough Council.

Lord Mayor Councillor Mealla Campbell, said: “It’s wonderful to see Banbridge Rugby Club host this tribute event for Rory as he has been a great ambassador for the club, the borough and Northern Ireland. He is most deserving of this adulation given his remarkable sporting career, and the Council is delighted to provide in-kind support. We are keen to do all we can to ensure this event is a phenomenal success for Rory, the club, the local community and the charities being supported.”

Tickets for the An Audience with Rory Best event go on sale on Friday 21 February at www.waterfront.co.uk

Details on the other events are at www.banbridgerfc.com 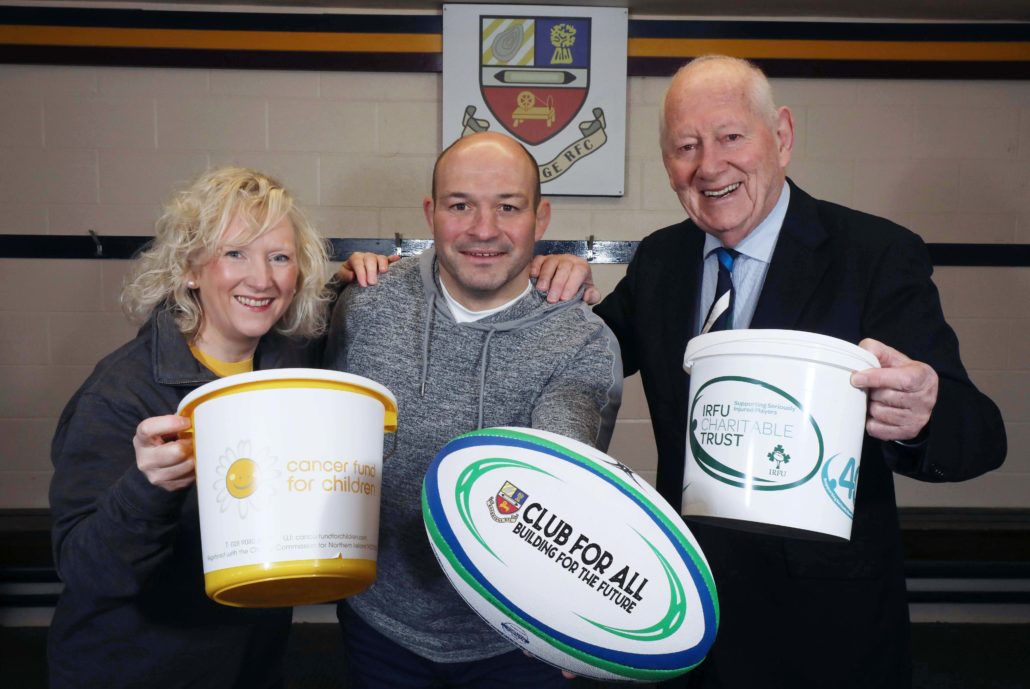 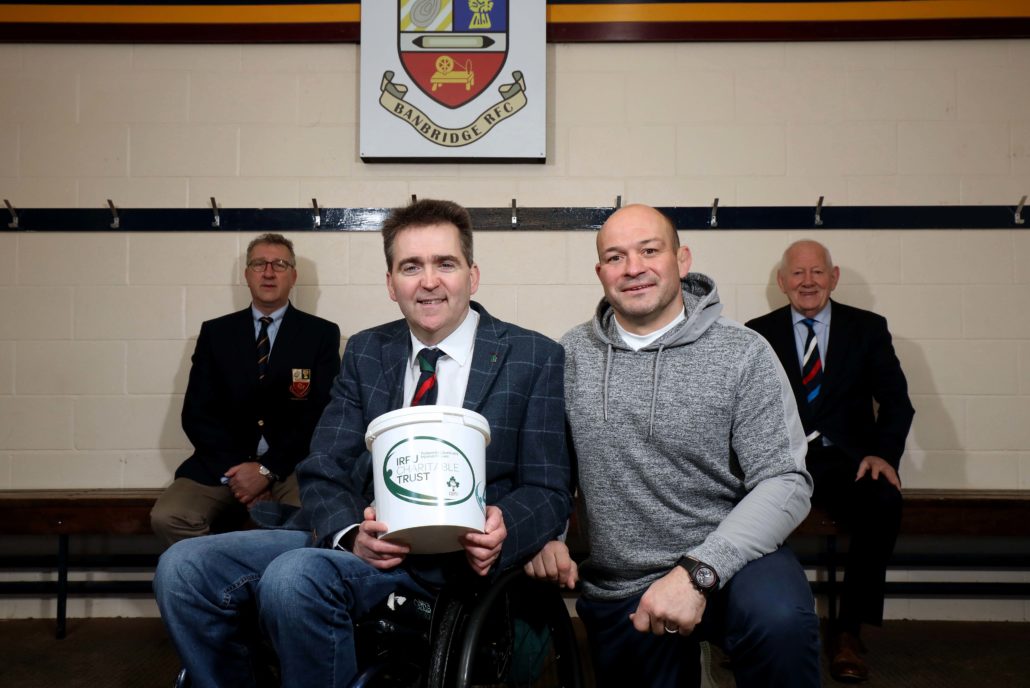 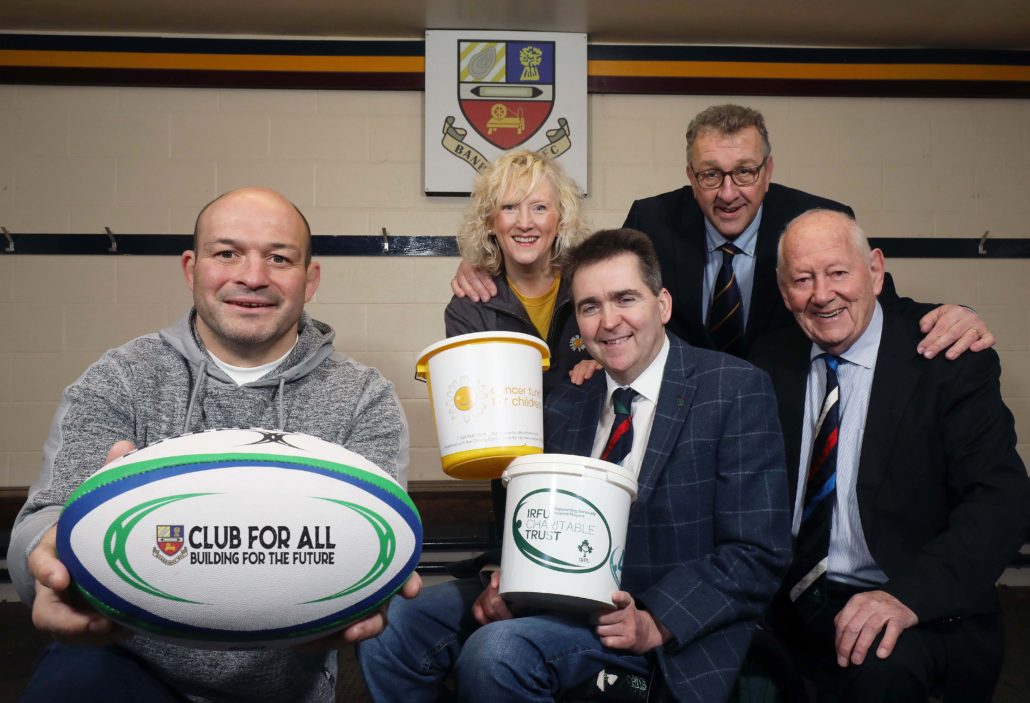