On Sunday, October 4, Ireland are playing Italy in a Rugby World Cup pool match at the Olympic Stadium in London (kick-off 4.45pm). To celebrate this important event, we are running a fundraising dinner on Saturday, October 3 at 6pm in support of the IRFU Charitable Trust at the Grange St. Paul’s Hotel in the centre of London – and only 300 yards from a tube station.

Auction items – many items including a NO13 BOD number plate 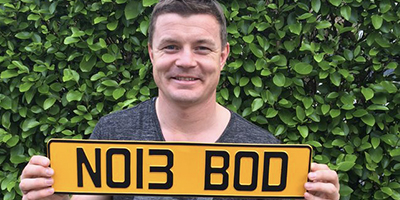