Five Ballymena Rugby Club veterans with a total age of 318 years are off to France this September to cycle that distance – 318 kilometres, in aid of the IRFU Charitable Trust.

Their journey in early September starts in the St Emilion wine region in Bordeaux and ends one week later in the historic city of Carcassonne – approximately 318 kilometres south.

“As a cycling group we decided to undertake our annual French tour in aid of a charity, and unanimously agreed on the IRFU Charitable Trust. As former rugby players from the 70s, 80s and 90s we enjoyed the craic and comradeship we experienced through rugby in the amateur era. We want to give something back and could think of no better way of doing this than through supporting the Charitable Trust which was founded to;

“Support seriously injured players in their everyday lives and help restore their confidence and independence.”

Incoming President of the IRFU, current Trustee of the Charitable Trust and long-time member of Ballymena RFC Ian McIlrath, commented;

“I am delighted to welcome this fund-raising initiative by this band of current and former Ballymena RFC old codgers. I am confident that despite their advancing years they will manage to stay on their bikes, and with grit, determination and expert appreciation of St Emilion, finish the ride. I wish them well.”

The party, which is currently in training along the North Coast and around Ballymena, is led by Ronnie Mc Bride and includes Trevor Gillen, Jim Mc Kendry, Bruce Holdstock and John Wallace.

‘Rugby Veterans France Fundraiser’ or click on below link: 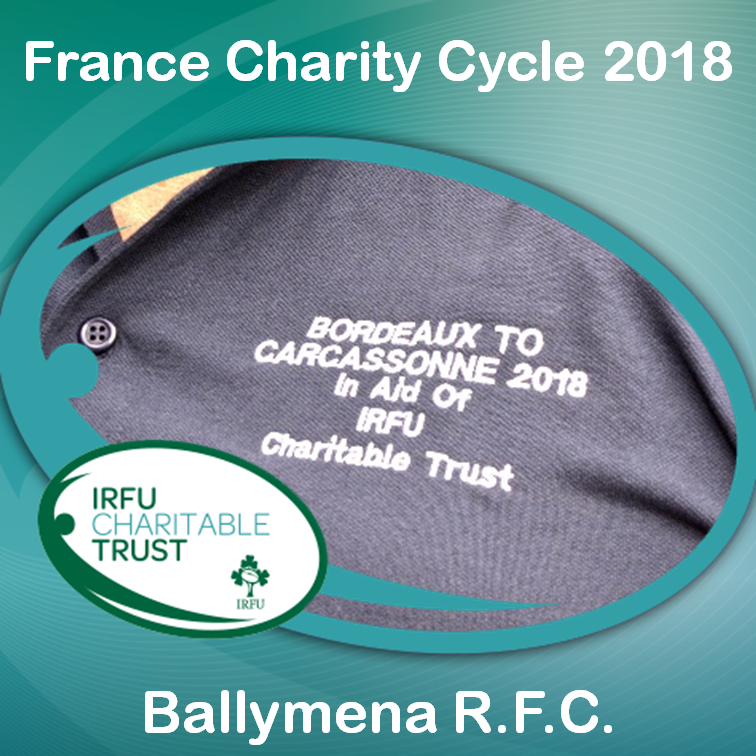