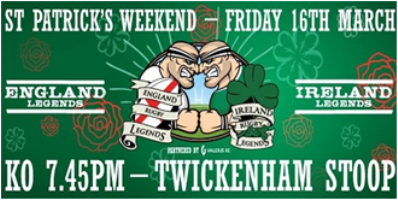 Sportingclass, in partnership with Harvey Thorneycroft Ltd, will for the ninth year manage the charity match between the England and Ireland Legends. The venue alternates annually between Twickenham and Dublin – this year the game will be played at the Twickenham Stoop.

Every year legends of the game volunteer to play free of charge to raise hugely valuable funds for charities. To date, across 13 matches the England Legends have raised £943,000 – an astonishing achievement and a major benefit to the receiving charities.

2018 beneficiaries will be Paul Curtis, (ex-Harlequins player), The RPA’s Restart Rugby – The Players Charity, The IRFU Charitable Trust, The IRUPA and Cure Parkinson’s Trust chosen by Mike Tindall who will captain the England side.

The Legends event is planned to be a fun, family night of entertainment with pre-match curtain raisers between local rugby minis, half time entertainment and a live band and dancing post-match. “The emphasis has always been to raise as much funds for the charities as possible whilst ensuring we put on a really fantastic night of entertainment for all of those that come. The event would not take place without Validus RE, our loyal sponsors and partners and of course not without the amazing willingness of the players who travel from far afield to play” said Andy Lee MD of Sportingclass and ex Saracens player.

Partnered by Validus RE 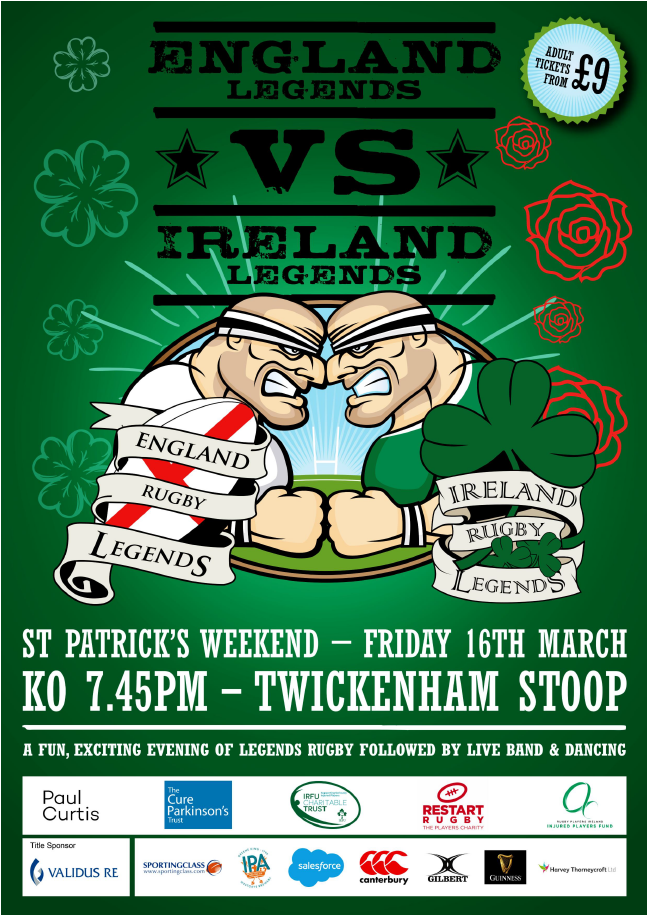 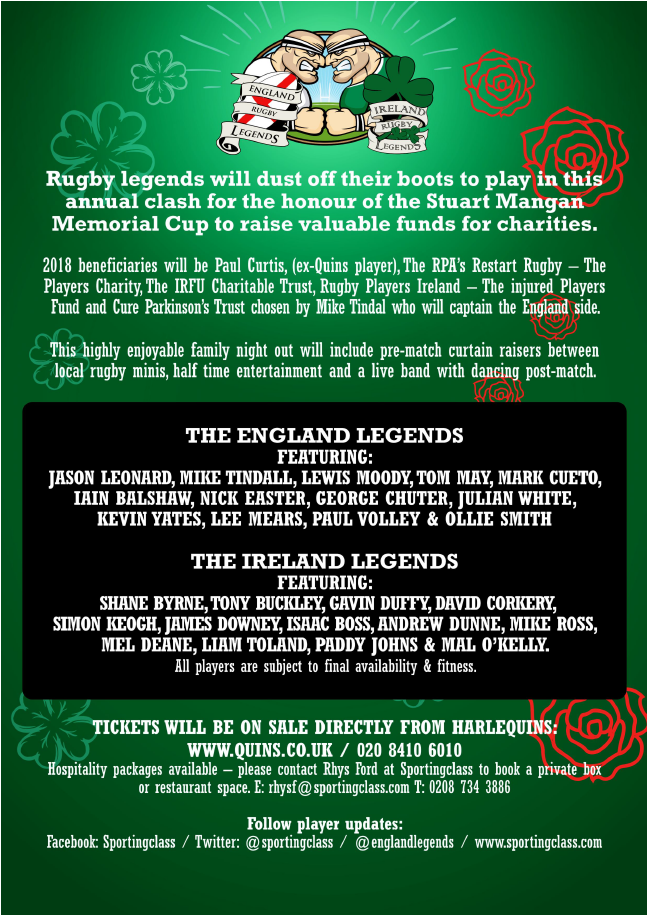 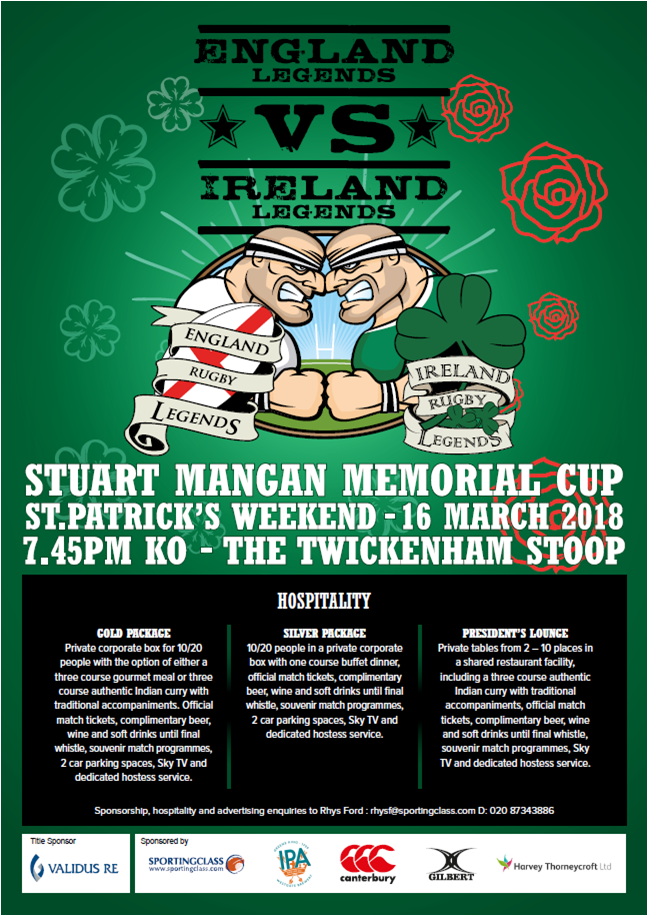 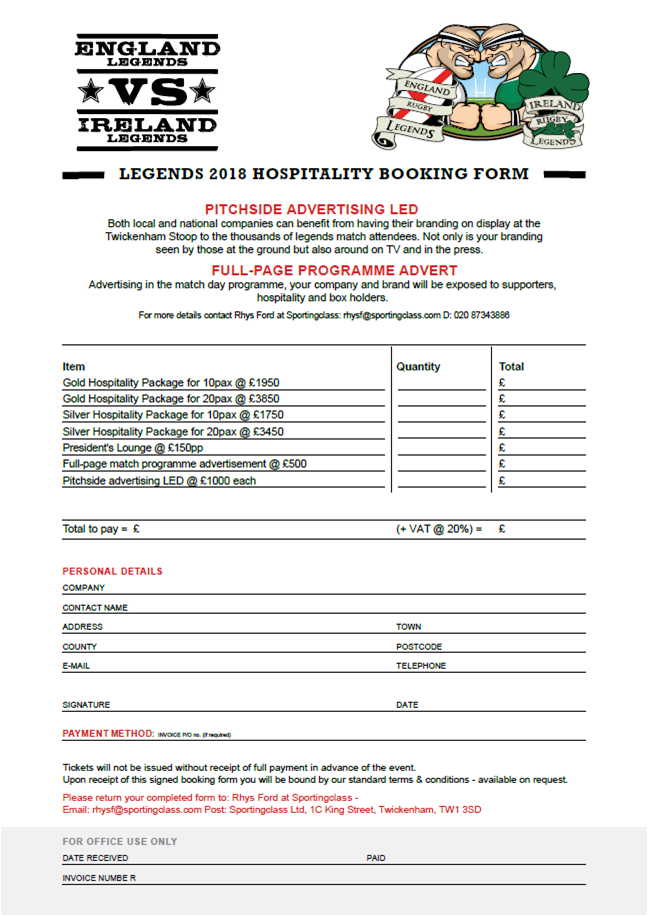