We will try and do 100 kilometres on a rowing machine at Crossfit536 in Blackrock on Saturday March 9th at 11 am and in the process look to break the current world record for this distance for over 40s all in aid of raising money for Crumlin Children’s Hospital and the IRFU Charitable Trust. For those familiar with the rowing machine, we need to keep a pace of 1min 30 sec for 500 metre pace for 5 hours which is going to be an enormous physical and mental challenge.

Thank you for your support. 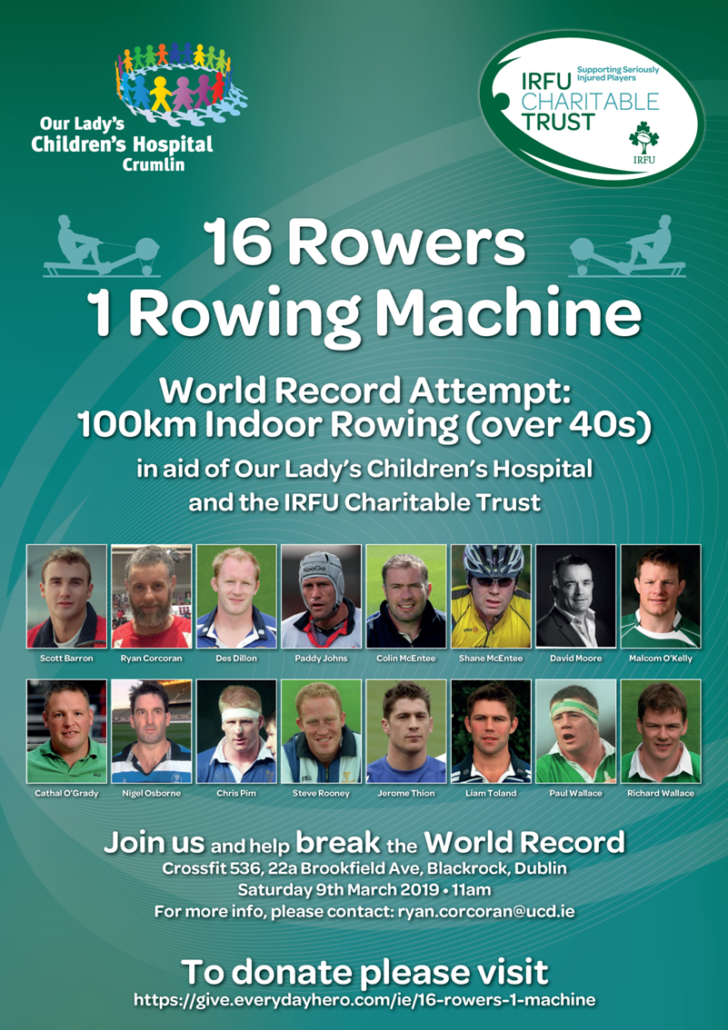